April is Prevention of Cruelty to Animals Month. We’re inevitably reminded of this heartbreaking topic time and again. Preventing animal cruelty starts with educating yourself on how to recognize it: Sure, some forms of abuse are obvious enough, but what about the more subtle methods, such as neglect? Let’s look at the differences between active and passive animal cruelty.

Active animal cruelty takes place when someone deliberately inflicts harm on an animal. This is a crime of acting with “malicious intent.” Intentional animal abuse is often a sign of serious psychological issues or sociopathic behavior. This type of animal cruelty may also take place in violent homes, as a way for the aggressor to intimidate or psychologically torture family members.

Passive animal cruelty is much more common—and often more difficult to recognize. The crime is a lack of action—or neglect—rather than the action itself. Passive abuse can be intentional or take place out of ignorance. Either way, it is unacceptable: Neglect quite often leads to just as much pain and suffering to an animal as active abuse would.

Examples of neglect widely range, including (but not limited to) the following:

There are less obvious forms of passive animal abuse, many of which even animal lovers are guilty of partaking in:

Currently the Animal Welfare Act is the only U.S. federal law that regulates the treatment of animals. Furthemore, 46 of the 50 states have enacted felony penalties for certain forms of animal abuse. Unfortunately, animal cruelty is most commonly charged as a misdemeanor offense in most jurisdictions. 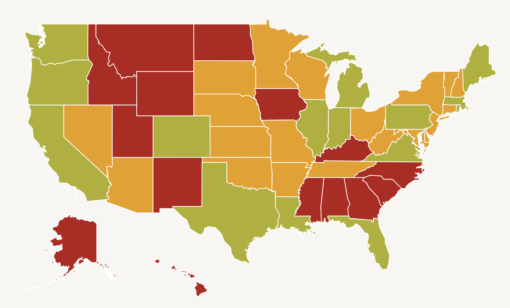 The Animal Legal Defense Fund (ALDF) curates a list of U.S. states based on how well they rank for animal protection laws. The states with the strongest laws include Illinois, Oregon, Maine, Colorado, and Massachusetts. States with the weakest laws include Kentucky, Mississippi, Iowa, Wyoming, and New Mexico. How does your state stack up?

How to report animal abuse

If you witness animal cruelty in any form, it is imperative to report it. However, how to report it is a fairly complicated issue that depends on your state. If you believe an animal’s life is in immediate danger, call 911. Do not try to intervene yourself.

If you are looking to report passive animal abuse, such as a situation of moderate neglect, try your local animal control, law enforcement, or humane organization. Visit National Link Coalition and click on your state to see current procedures and contact information. Unfortunately, you may meet with a lot of hand-offs and runarounds before speaking with the right agency. Please be patient and persistent.

Visit what to do when you witness animal cruelty for more specific information concerning abuse in retail pet stores, animal shelters, your own neighborhood, and online.

How you can help prevent animal cruelty

There are many ways you can help prevent and raise awareness of animal abuse. A few of these actions include the following: 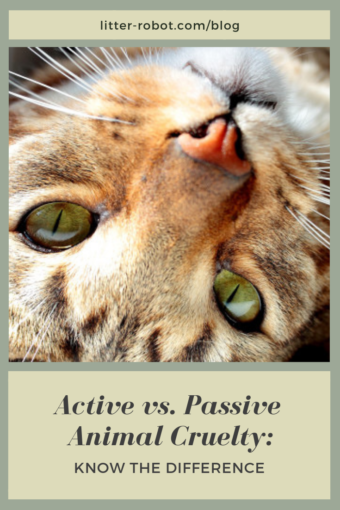