What Is a Polydactyl Cat?

What has six toes and likes to cuddle? No, the answer isn’t Drew Carey. (Although we appreciate his daily reminders to spay and neuter our pets!) In fact, we’re talking about a polydactyl cat—sometimes called a “cat with thumbs,” “mitten cats,” “six-toed cats,” or “Hemingway cats.” Where does this special feline come from? 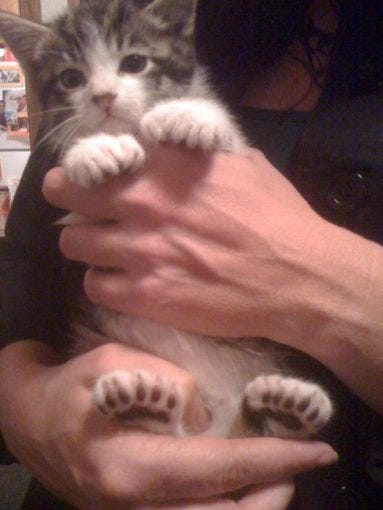 The term “polydactyl” doesn’t actually limit itself to six toes on one paw—it can apply to any number of digits beyond the normal 18 for felines (five on each front paw, four on each hind paw). These extra digits are caused by a genetically inherited trait called polydactylism. New York veterinarian Dr. Arnold Plotnick of Manhattan Cat Specialists explains that if one feline parent is polydactyl and one parent has normal feet, then 40 to 50 percent of the kittens will also be polydactyl.

Usually a polydactyl cat will have extra toes on his front paws, and rarely on his hind. Extra “thumbs” or dewclaw polydactylism is also atypical. However, the oddest of the oddballs do exist: Take, for instance, the Canadian polydactyl tabby named Jake, who has 28 toes (seven on each paw)!

The history of the polydactyl cat

There are several theories as to the origin of the polydactyl cat. Although the first scientific record of them is from 1868, some people speculate that polydactyl cats were brought to America by English Puritans all the way back in the 1600s. They were especially common among those in the shipping trade in northeast United States and Canada, namely Nova Scotia.

Polydactyl cats were considered good luck aboard ships. Because of their extra toes, they were top-notch mousers, climbing higher and faster than their regular feline brethren; many sailors believed they were also able to maintain better balance upon the high seas. 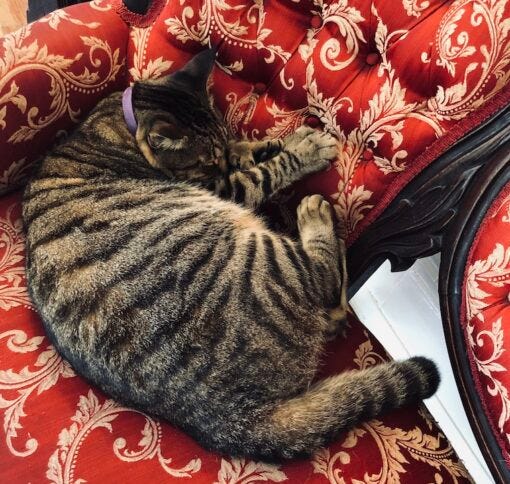 Hemingway and his six-toed cats

Speaking of sailors, one such sea captain gifted author Ernest Hemingway a polydactyl cat in the 1930s. Hemingway’s love affair with six-toed cats began that day: He collected polydactyls at his home in Key West. The ancestors of Snowball, Hemingway’s original six-toed feline, roam the Hemingway Home estate in Key West even today, numbering close to 50 cats. 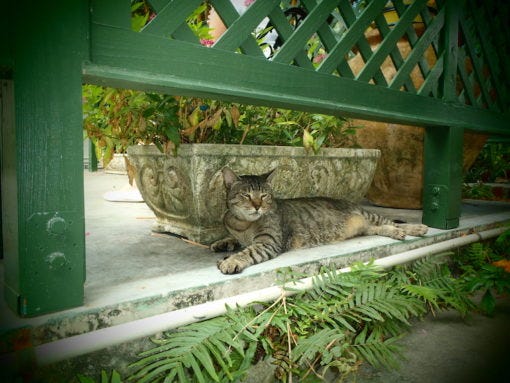 Where are you most likely to find a polydactyl cat?

Depending on where you live, polydactyl cats may or may not be considered rare. To this day, polydactyl cats are largely found along the eastern coasts of the U.S. and Canada, as well as some parts of the UK. They are particularly common in Massachusetts, giving credence to the theory that the mutation spread widely as a result of ships originating in Boston.

Are any particular cat breeds more likely to be polydactyl?

While polydactylism is not breed-specific, the original Maine Coon cats had a high incidence of polydactylism, or around 40 percent. Some animal specialists have speculated that the wide paws of Maine Coons—made wider by extra toes—acted as a type of snowshoe. If you’re seeking a polydactyl cat, check out your local shelter (or an authorized breeder—the adoption may cost you between $300-$500).

Caring for a polydactyl cat

Caring for a polydactyl cat typically doesn’t require any more attention than caring for a feline with 18 toes. However, regularly trimming (and keeping an eye on) his nails is a must. As Petful explains, the nails in these extra toes can become embedded in the skin, causing painful infection.

If you have a polydactyl cat, ask your veterinarian for tips on how to comfortably and safely trim his claws. Other than that, sit back and enjoy your extra special kitty! 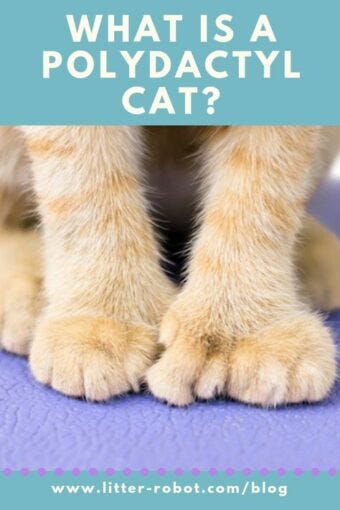