The Turkish Angora is a cat known for their beautiful looks, long and graceful bodies, silky fur, and loving manner. While their beauty is obvious, getting to know and understand this cat will open up a whole other side of them. They are wonderful cats and loyal companions.

If you’re looking for a unique cat that will become a staple in your family, you have come to the right place.

Overview of a Turkish Angora cat 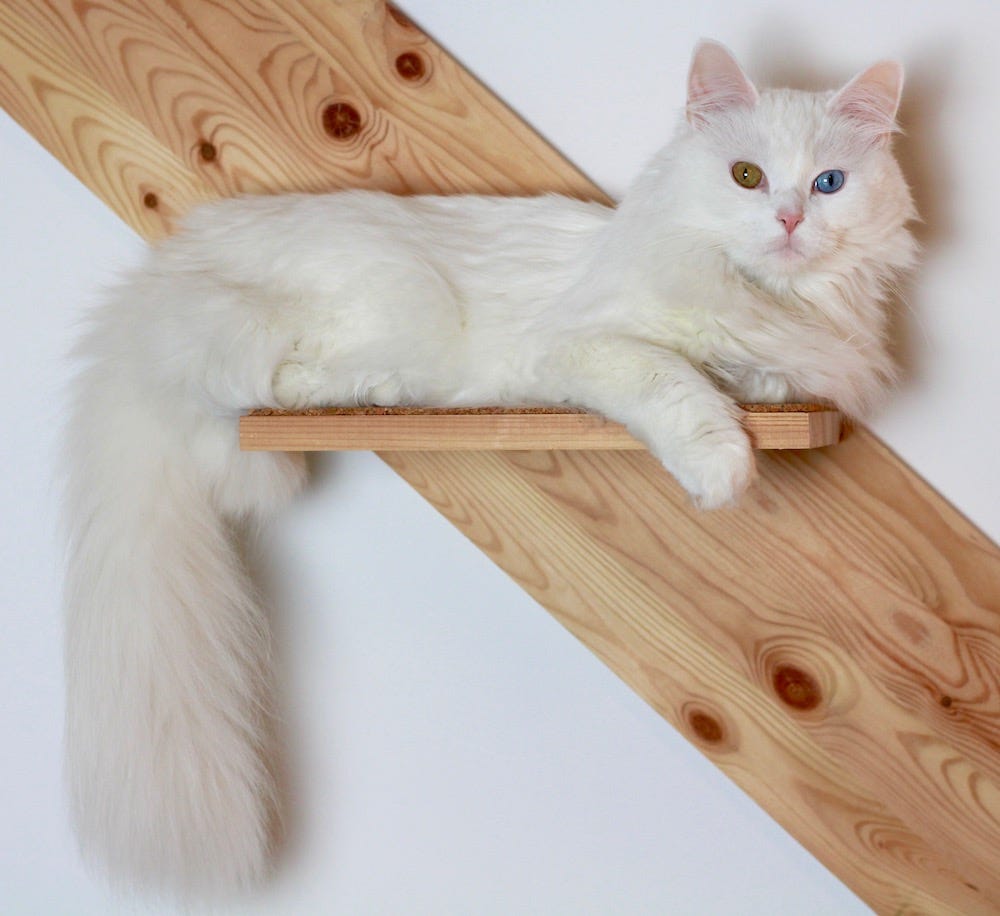 This long-haired cat arrived in Europe in the 16th century from Persia and Russia, but the history of this breed extends much further back. Sometimes called the Turkish Cat or the Persian cat, they are famous for their ballerina-like appearance. They have long, graceful bodies and limbs and silky fur. When you see a Turkish Angora, you can’t help but notice how majestic they are.

They are considered small- to medium-sized cats, with female Turkish Angoras being slightly on the smaller side. This breed is proportionately built, with their torso, legs, and tails being rather long. Interestingly, their hind legs are longer than their front ones, which is evident as they effortlessly leap to the top of their cat tree.

These cats are friendly and affectionate. They make for an ideal companion and will fit in nicely in a variety of environments, alongside children and other pets.

Turkish Angoras aren’t large or compact cats. Though they are long and lengthy, they typically weigh between 6 and 9 pounds. These cats will feel very light when you pick them up, as their weight is distributed across their long bodies.

With long bodies, tails, and legs, the Turkish Angora is by no surprise a lengthy little kitten. Despite their smaller size, they can reach up to (and past) 18 inches.

Turkish Angoras are recognized for their beautiful medium-long silky coats. The length of the body coat will vary among different Turkish Angora cats, but typically tails and ruff are long, fine, and full. You might notice their regal “britches” on their back legs and ruff adorning their necks.

While Turkish Angoras are associated with a white coat, they actually come in a variety of colors. They can display chocolate, lavender, and cream colors (among others) or any of these colors combined with a white coat. It’s also possible to have a tabby or calico variation. The white cat variation is prone to deafness, and usually have eye colors of blue or green. They’re often odd-eyed, and deafness is likely to occur in the ear on the side of the blue eye.

Turkish Angora cats can live long and healthy lives when properly cared for. With proper nutrition and exercise, regular check-ins with the vet, and plenty of love, your Turkish Angora can live for 13 to 20 years!

If you are looking for a companion that will last you decades, this is a long-haired cat to consider.

History of the Turkish Angora 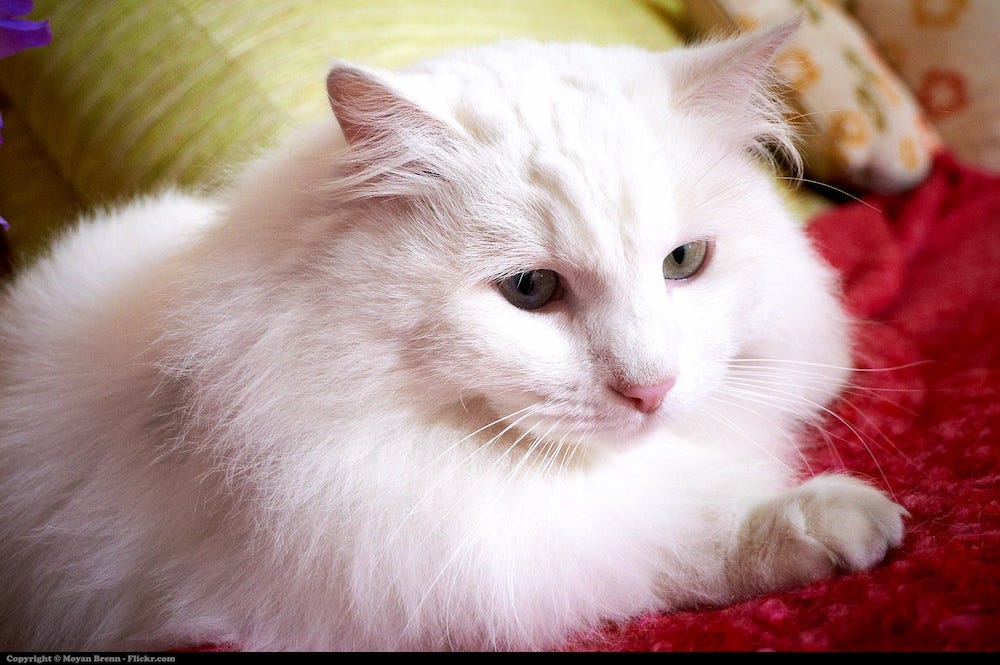 The Turkish Angora cat is one of the older naturally occurring cat breeds known to humankind. Unlike many current-day cats, this breed was not purposefully created but rather originated based on circumstance and perpetuated for hundreds and hundreds of years.

Like most naturally occurring cat breeds, it’s hard to be certain what the specific history of the Turkish Angora cat was, but it’s almost certain they descended from the African wildcat (as did most domestic cats).

These cats probably came from cold mountainous regions in Turkey that would limit the outcrossing abilities, resulting in inbreeding. The recessive mutation for long hair likely occurred spontaneously centuries ago and then was able to establish itself due to inbreeding. The long hair of these cats is a staple in the region that they hail from, with long-haired Angora rabbits and long-haired goats.

Angora cats began being transported to Britain and France in the 1600s, but they were looped in with other long-haired breeds over time. This resulted in Turkish Angora cats being bred with Persians as if they were the same cat. Pure Turkish Angoras were phased out in most parts of the world, except for their native land, and were simply called Longhairs.

The resurgence of the purebred Turkish Angora

In the 1900s, the government of Turkey saw an issue with the dissipating Turkish Angora breed.

They worked with the Ankara Zoo to create a breeding program that would restore the pure white Angora cats with blue and amber eyes and long, silky fur. Breeders specifically held the cats with odd eyes to a higher standard, as Allah was suspected of gracing these cats.

During this time period, it became very difficult to obtain a Turkish Angora because they were such magnificent and prized creatures. In 1962 Liesa F. Grant, the wife of an Army Colonel stationed in Turkey, successfully exported two Turkish Angoras to America, which sparked interest in the breed. It was then that more and more people began going through the intensive importing process to bring these cats home. 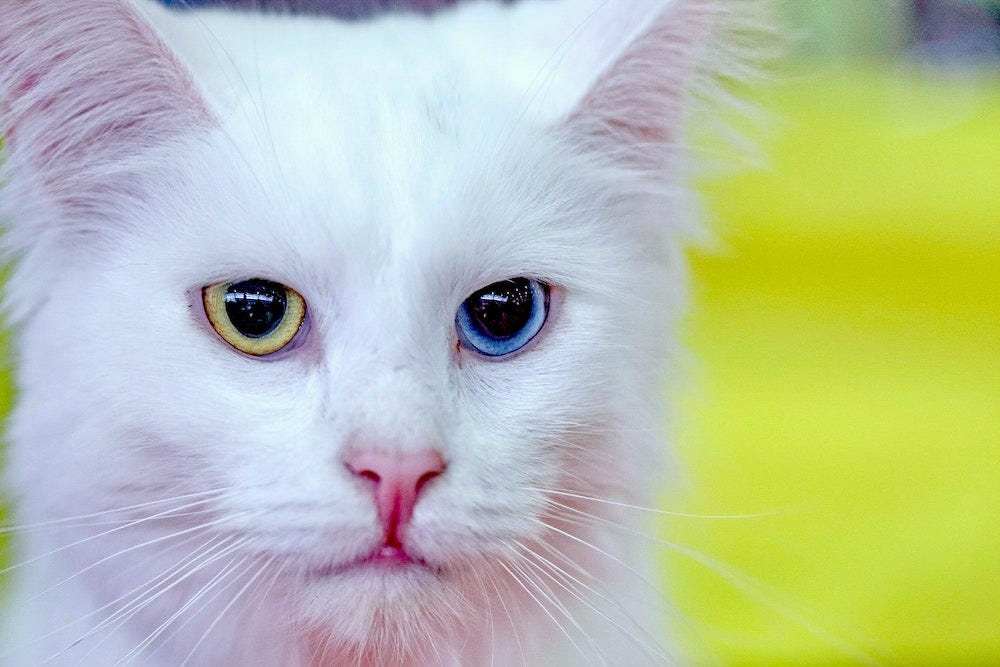 The Turkish Angora cat stands out with their silky coat and slender body. They might look like a ghost in the night as they creep into bed with you. They have beautiful eyes that stand out against their luscious coats.

Some Turkish Angora cats have bright blue eyes, others a deep amber, and some even have one of each. When you see an odd-eyed Turkish Angora, you best believe you’re in the presence of a gift.

These cats have large pointed ears that are set high and close to their heads. Their ears will likely have tufts of fur and are tuned into their surroundings. Turkish Angora cats are muscular and lean cats with both grace and strength stored in their little bodies.

Turkish Angoras are personable, active, and curious cats that need to spend a lot of time with their humans. To see a Turkish Angora thrive in their environment, they need to be getting plenty of playtime and human interaction.

They want to be involved in the activities that their humans are participating in, so don’t be surprised when your Turkish Angora is following you around your house.

These cats are social and affectionate, especially with their humans, but they will open up to strangers after a bit of time. They are sweet and gentle, making them a great pet to have when you have children or other animals. The more people and pets in the house, the better, so that your Turkish Angora has plenty of beings to keep them occupied and entertained.

Caring for the Turkish Angora 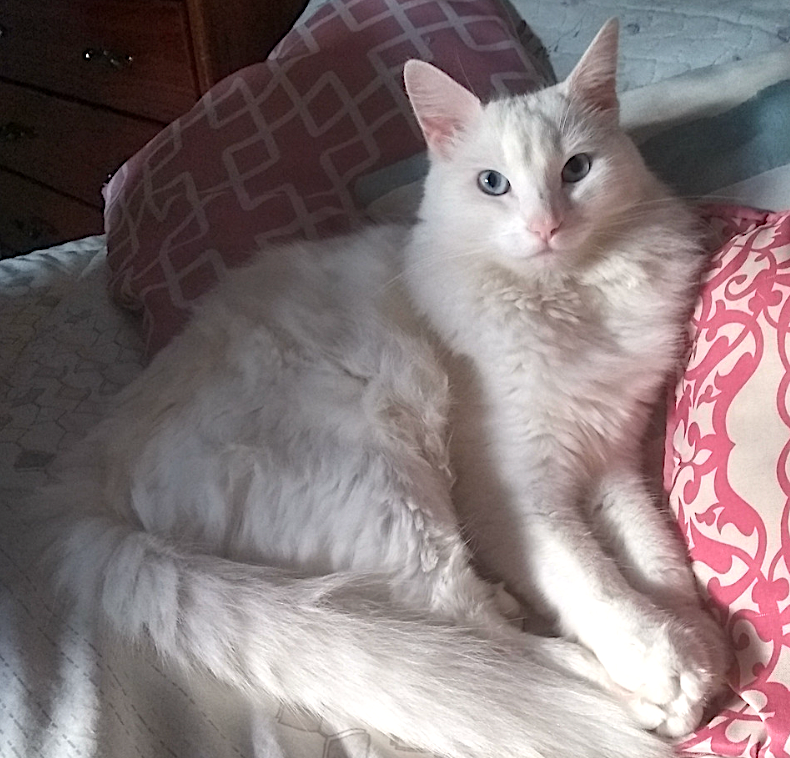 The Turkish Angora is an active breed that needs plenty of play. They like to chase after toys on settings, pounce at anything moving quickly, and can even be trained to walk on a leash. They even enjoy water and are considered strong swimmers! Letting your Turkish Angora explore as safely as possible will satisfy their curious nature.

Since a Turkish Angora has a longer coat, cleaning up after them is essential. By using a self-cleaning litter box like Litter-Robot 4, you don’t have to worry about tracking dirty paws (or soiled fur) around the house. Your Turkish Angora will always have a clean place to go to the bathroom!

One thing to keep in mind with the Turkish Angora is how much they will need to be groomed. The good news is, their hair is long and fine with no undercoat, so it’s less susceptible to matting.

Brushing their coats once or twice a week can prevent too much shedding and tangling, and will save your cat from a world of painful detangling.

Brushing their teeth and trimming their nails regularly is also an important part of their grooming routine.

Turkish Angora cats are typically very healthy, and this is seen a lot in ancient breeds. Taking them to the vet regularly and when you see any changes in their behavior can help keep them in top shape.

Still, they are susceptible to some health issues that you should be aware of. Hypertrophic cardiomyopathy is a heart disease where the muscular walls of a cat’s heart thicken and hinder blood flow and breathing. Ataxia is a condition that impacts Turkish Angora kittens up to 4 weeks old and damages balance and coordination.

Bringing a Turkish Angora cat into your home will be one of your greatest joys. They are so loving and playful that you will never get bored or feel alone.

You’ll be in awe every day that you spend with them. Who wouldn’t want that kind of love? 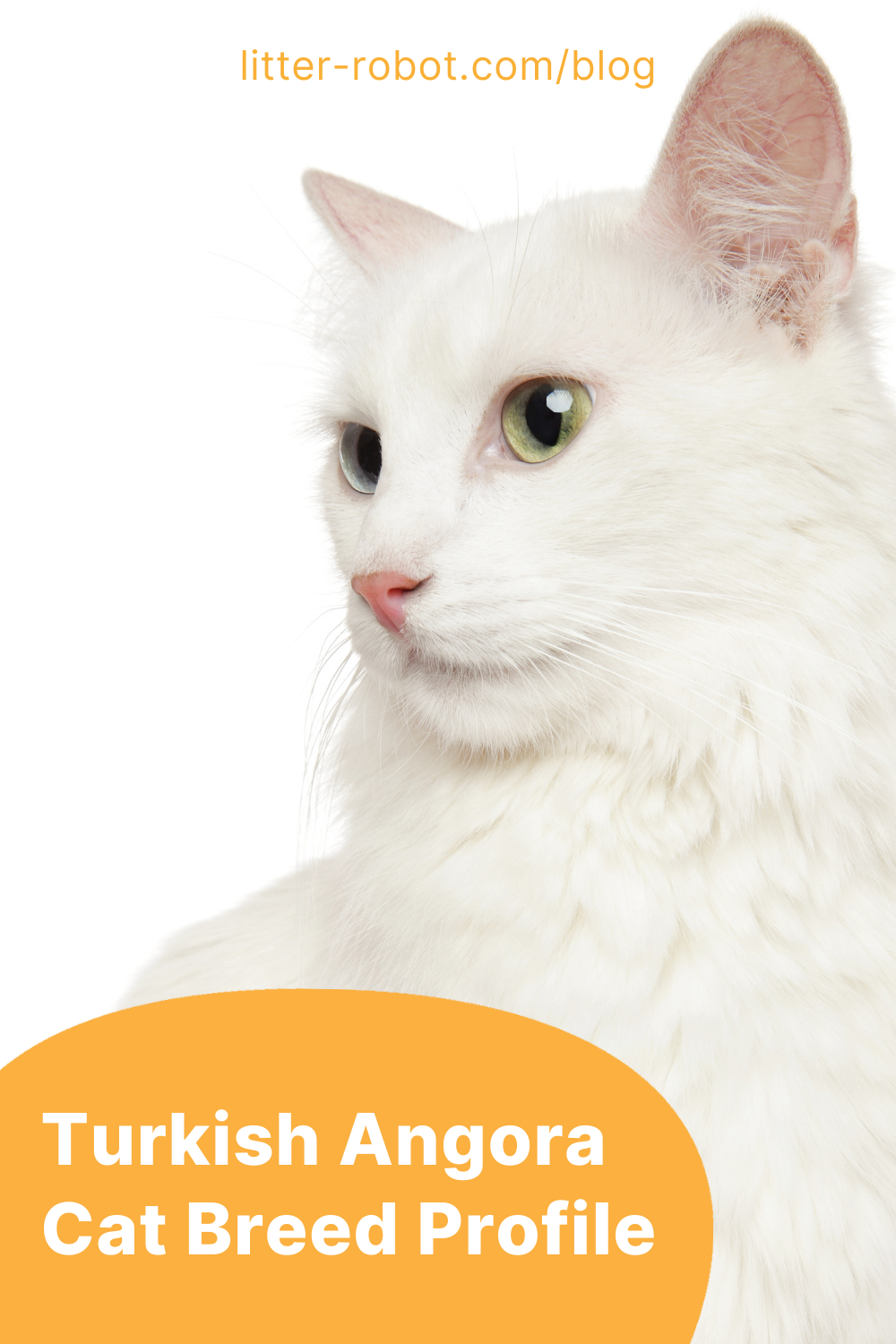