Sporting one of the most unique pairs of cat ears, the American Curl stands out among other breeds. Despite the variety in their coat length and color, the curled-back ear shape remains the same across all American Curls.

There’s a lot more to the American Curl cat than their intriguing ears. They are friendly and affectionate with their humans, making them a great family cat. This is a breed that loves a good cuddle and scratches from their favorite people.

Keep reading to learn more about the American Curl (beyond their distinguished ears!).

Overview of the American Curl cat 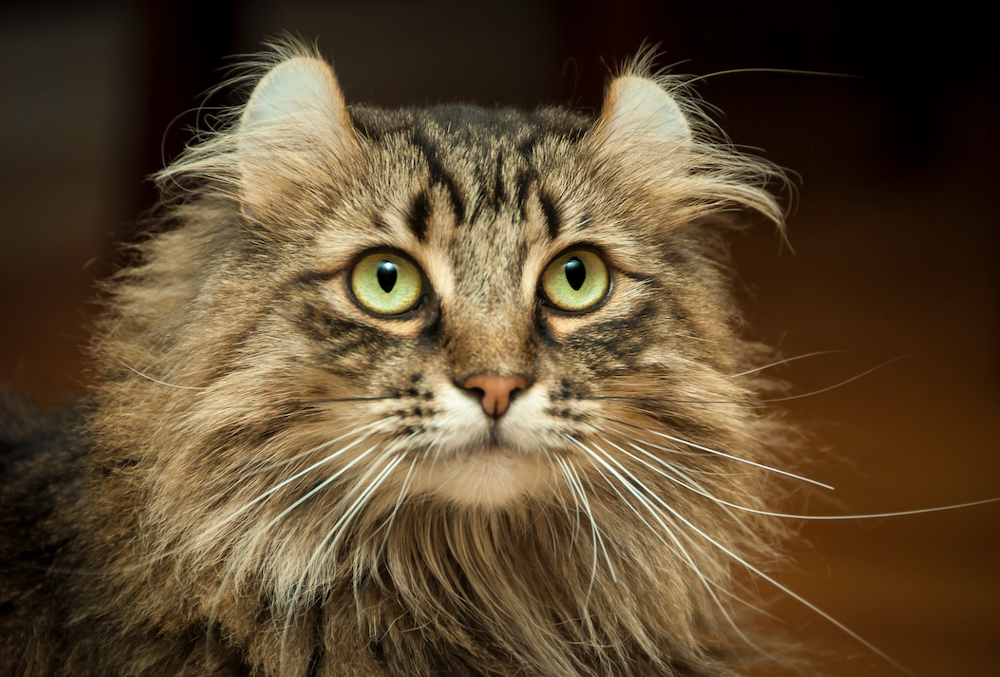 The American Curl is a small- to medium-sized cat that is lean, toned, strong, and active.

Their coats are soft and luscious with long and strong tails. The American Curl is a beautiful and special cat that will bring lots of love and fun into your home.

Regardless of whether you have a male or female American Curl cat, they are typically on the small side. Male American Curls usually weigh between 7 and 10 pounds, while females weigh 5 to 8 pounds. The American Curl is relatively energetic. If they stay active and eat healthy portioned meals, they will maintain a proper weight.

The American Curl is medium in length with proportionate bodies, heads, legs, paws, and tails. Their tails are about the same length as their body, making them around 20 inches in length from their noses to the ends of their tails.

The American Curl cat can be short-haired or long-haired. Either way, their coats are soft and silky, and come in a variety of colors and patterns. They love to be pet, which is great news for you—you’ll love reaching for their coats for comfort after a stressful day.

Their coats can be white, black, blue, cream, red, brown, lilac, silver, pointed, bicolor, and so much more. While all American Curls might share very similar ears, they are not going to look alike in every case.

American Curl cats typically live for 10 to 18 years when they are properly cared for. With plenty of exercise and proper nutrition, they can stay healthy and happy for a long time. Of course, it’s a lot easier to keep track of your American Curl’s health with regular veterinarian check-ups.

History of the American Curl cat 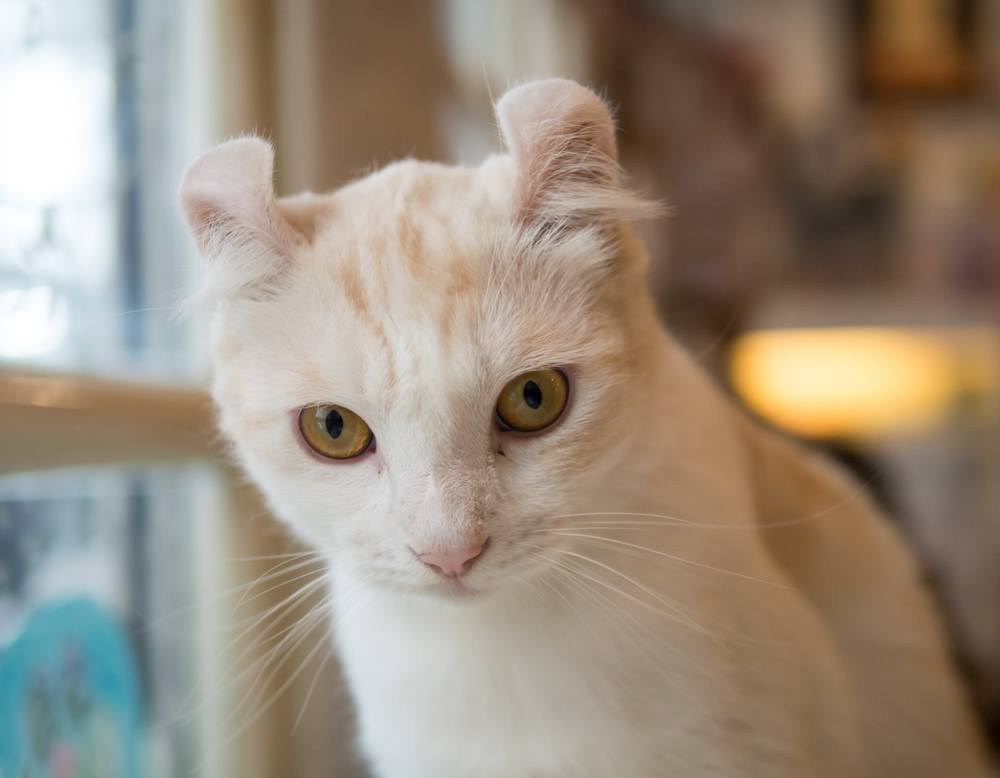 Unlike some modern breeds, existing cat breeds were not mated to create the American Curl. Instead, these curled ears appeared as a random mutation. Breeders saw the potential in the breed, so they began to work to preserve and establish the mutation.

In 1981, two curled-ear kittens ended up with a Lakewood, California, couple named Joe and Grace Ruga. One of these cats sadly passed away, but the long-haired female lived a long and happy life with the Ruga family.

They named the surviving curled-ear cat Shulamith and didn’t really pay any mind to her curled ears. Shulamith had a litter of kittens with a long-haired domestic cat that resulted in two kittens with curled ears, and the others with straight ears.

This meant that the curled ear gene was autosomal dominant, and only one parent would need a copy of the gene to pass it on. If a cat was born with this dominant gene, they too would have curly ears. Shulamith continued to have litters with different cats in the area, adding to the curled ear population.

There were short-haired and long-haired American Curl kittens all around, and a woman named Nancy Keister fell in love with the breed.

She saw the appeal of these cats—not only because of their ears but because they were overall lovable and friendly felines. She had them registered, and these interesting-looking cats were quickly promoted as a new breed.

Today this breed is well-loved, though not overly popular. Not everyone you know will have an American Curl cat, but that makes the appeal even stronger. 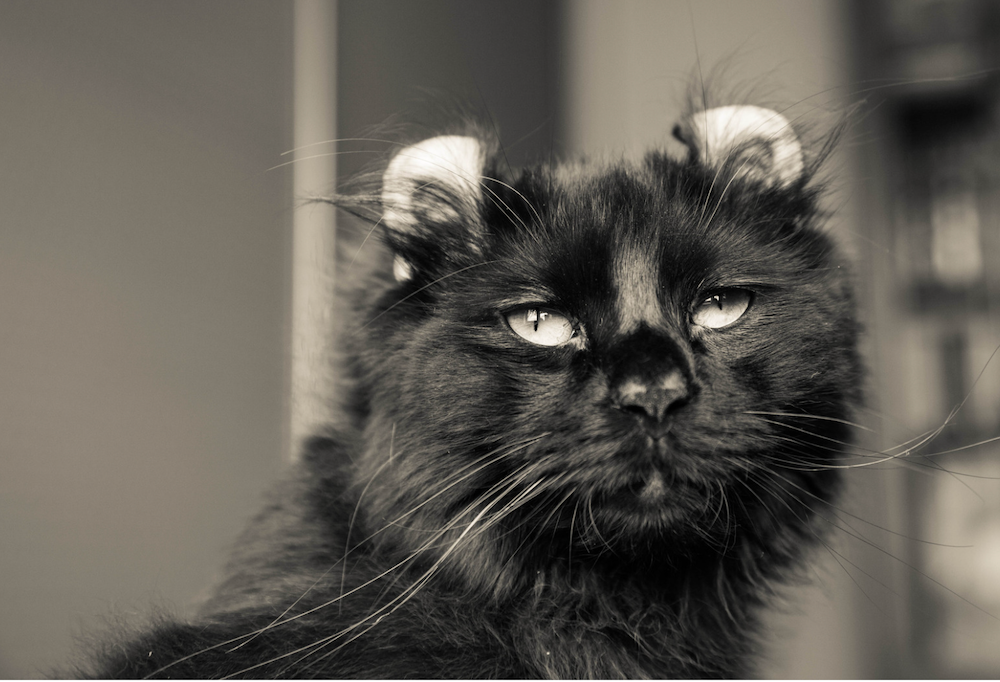 If we are going to talk about the characteristics of the American Curl, you cannot ignore their curled ears. It’s the most noticeable thing about these cats, but it’s not the only thing that makes them stand out.

Their ears curl back naturally at a 90-degree angle, which is a unique genetic mutation that isn’t seen in other cat breeds. They also have little ear tufts that are just as adorable as they are helpful in keeping the ears free of debris.

American Curl coats are very soft and versatile. They have a silky coat that appears in various colors and patterns, ranging from tortoiseshell to tabby. The feature that ties this breed together is their ears. Without their unique ears, they might look like other domestic cats (and not much like each other).

If you think that American Curl ears are cute, just wait until you hear about their sweet and playful demeanors.

The American Curl cat is a people-oriented breed that enjoys spending quality time with their humans.

They like to be at the center of attention with their family, taking part in all of the fun. This makes these cats great in family settings, and they are very tolerant of well-behaved and respectful children. You’ll fall in love with the relationship that your children and your American Curl will develop.

These cats are smart and curious, so they will follow you around from room to room to figure out what you are doing. They will want to play games with you and learn tricks to impress you. You really get the best of both worlds with the American Curl: One moment they’ll be playing and running around trying to make you laugh, and the next they’ll be cuddled up on your lap, purring happily.

If you’re looking for a cat that will become your best friend, your children’s playmate, and your home’s trickster, the American Curl is the perfect breed. Don’t be surprised when your American Curl is opening cabinets and getting into trouble! 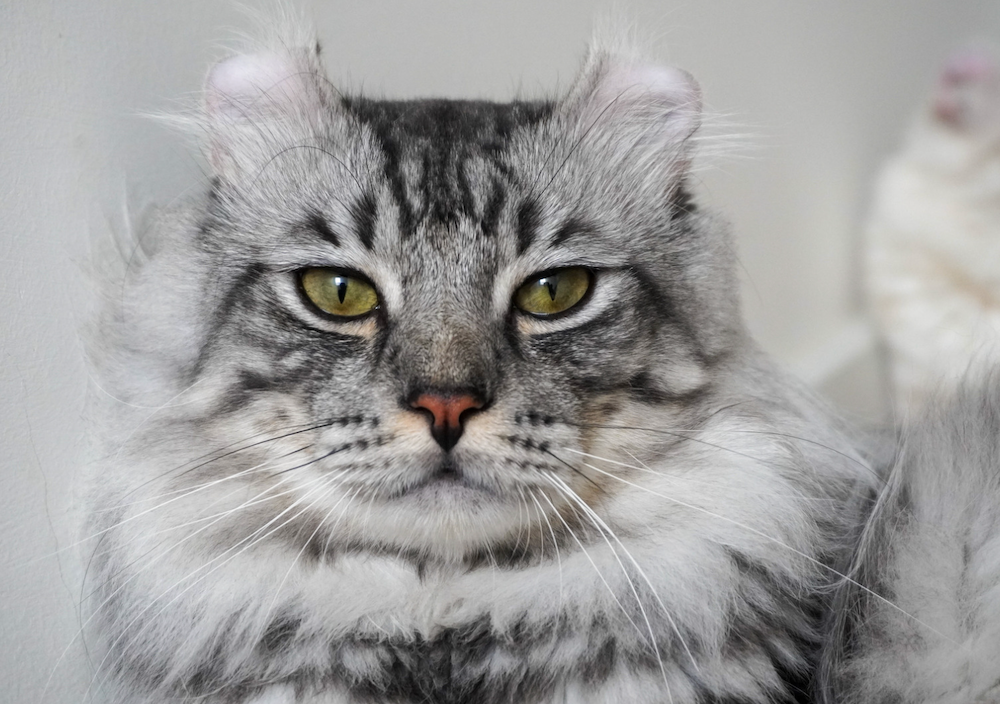 Taking care of an American Curl isn’t all too difficult. If your cat is short-haired, you won’t have to spend too much time grooming their coats. However, you will want to double the grooming time with a long-haired American Curl.

The American Curl is not necessarily fussy, but they do prefer a nice and clean litter box so they can do their duty in peace. They might not be very vocal about asking you to clean, so a self-cleaning litter box can be beneficial.

Litter-Robot 4 is the easiest way to keep your cat’s space clean, especially when you’re away for short periods. This ensures your cat will be happy when using the bathroom, and you won’t have to scoop the litter box around the clock.

The American Curl is an active cat that will want to play with you. You should be prepared to help your kitty chase around toys on strings and solve enrichment puzzles. Getting your cat plenty of toys and cat trees can help keep them occupied throughout the day, but they do also get along well with other animals.

The American Curl is a healthy breed overall, but there are some things to watch for, like obesity. Like other cats, ear infections can be a problem for your American Curl. This breed’s ears are specifically more susceptible to gathering debris and dirt in their ear canals. You should check your cat’s ears frequently, using a cotton ball to gently clean them if you see any build-up.

Cats also can develop hypertrophic cardiomyopathy, which is when the muscles around the heart begin to thicken and create difficulties with breathing and blood flow.

Looking for a furry feline that will spend their time curled up next to you and keep you entertained throughout their years? American Curl cats are lovable, friendly, and family-oriented. They thrive off the love you give them, and they bring so much to your family in return. 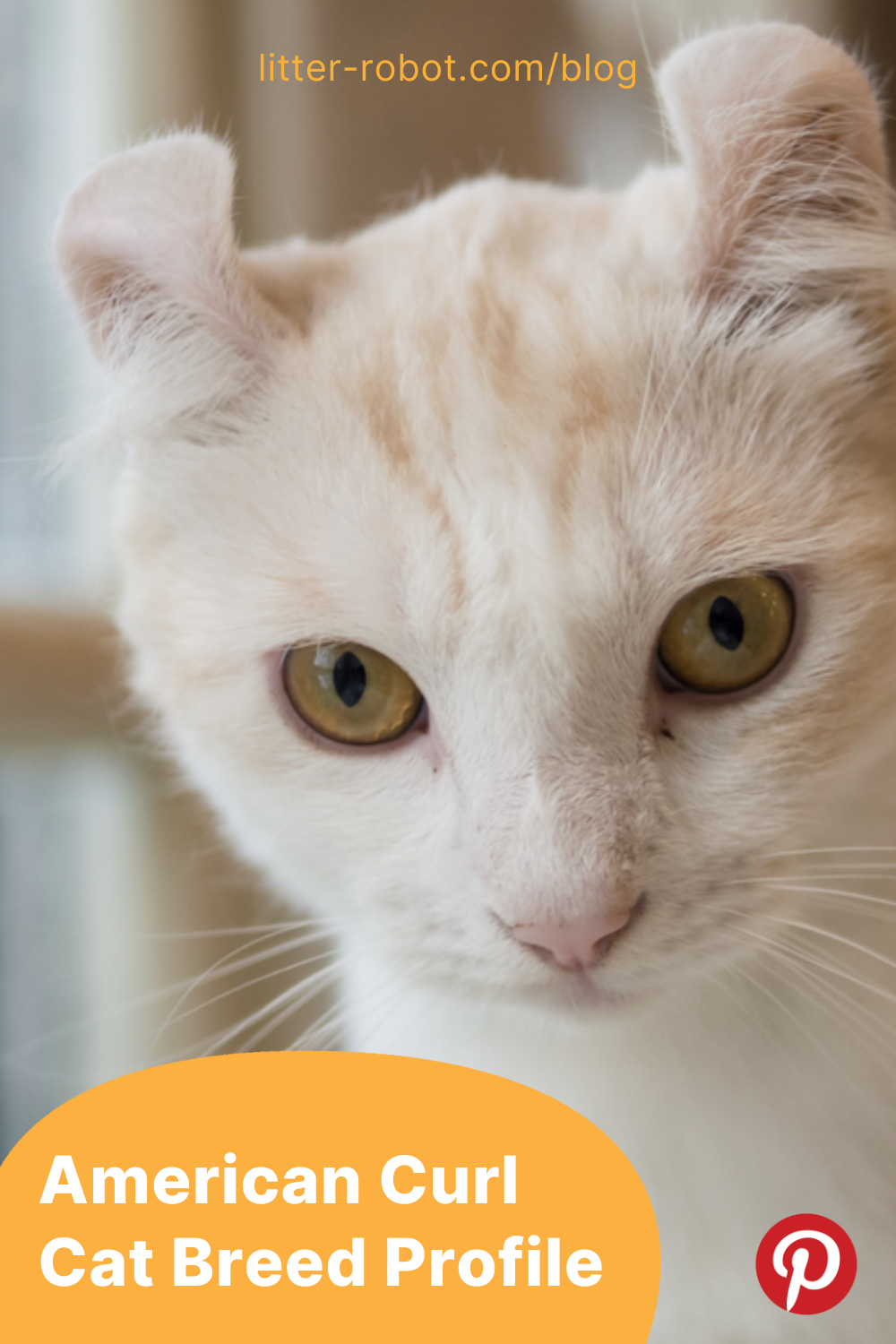