March 8 marks International Women’s Day, a global day celebrating the social, economic, cultural, and political achievements of women. History gives us countless examples of women standing up for those without a voice. At Whisker, we’re honoring 20 women of the past and present whose work as passionate animal rights activists has changed the world for the better. 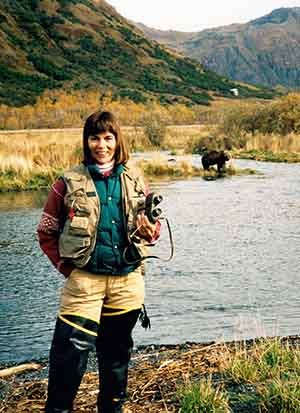 Mollie Beattie was appointed as the first female director of the U.S. Fish and Wildlife Service by President Bill Clinton in 1993. During the three years she served as director (before sadly passing away of brain cancer), she played an integral role in defending the Endangered Species Act and the Clean Water Act. She also oversaw the reintroduction of the gray wolf into the northern Rocky Mountains and the addition of 15 national wildlife refuges. 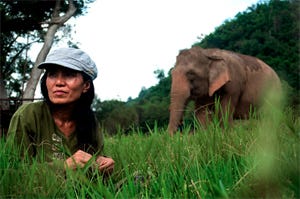 via Save Elephant Foundation

Dr. Lek Chailert was born in 1961 in a small hill tribe village north of Chiang Mai, Thailand. As a young woman, she began advocating for the rights and welfare of the Asian elephants in Thailand. She created the Save Elephant Foundation in 1995. The foundation also houses the Elephant Nature Park, which operates as a sanctuary and rehabilitation center.

Actress Betty White is legendary in many ways. Before her passing, she was one of the most avid animal rights activists in Hollywood. She worked with the Los Angeles Zoo and the Morris Animal Foundation for more than four decades. In fact, the Foundation established the Betty White Wildlife Rapid Response Fund. The fund gives wildlife researchers timely monetary aid to respond to unexpected events, such as natural disasters and emerging diseases, that result in the immediate need for animal health research. 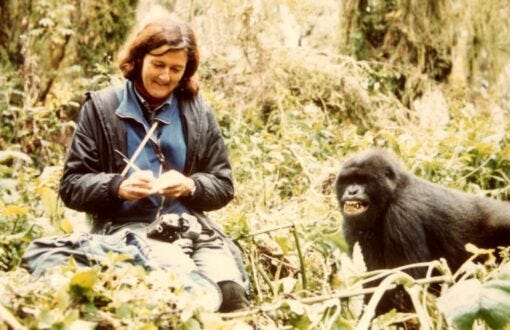 Dian Fossey is one of the most legendary animal rights activists, famous by her memoir and film Gorillas in the Mist. In Rwanda she built the Karisoke Research Center, where she was found brutally murdered in 1985. Fossey was also Ellen DeGeneres’ childhood hero, hence the Ellen Fund’s recently establishing a home for The Dian Fossey Gorilla Fund. 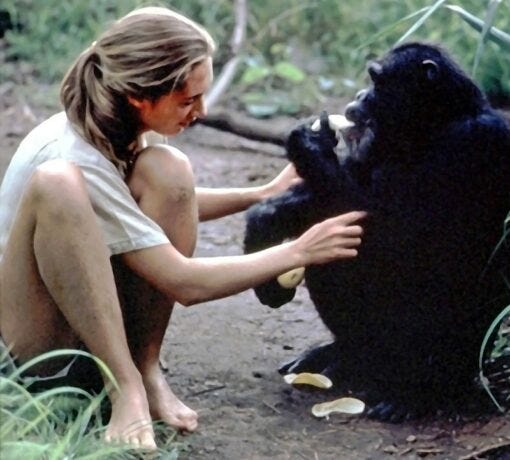 via the Jane Goodall Institute

Of all the animals rights activists on our list, Dr. Jane Goodall may be the most quintessential. Through nearly 60 years of groundbreaking work, Dr. Jane Goodall has not only shown us the urgent need to protect chimpanzees from extinction—she has also redefined species conservation to include the needs of local people and the environment. Today, there are 5,000+ chimpanzees and gorillas living in the habitats protected by the Jane Goodall Institute. 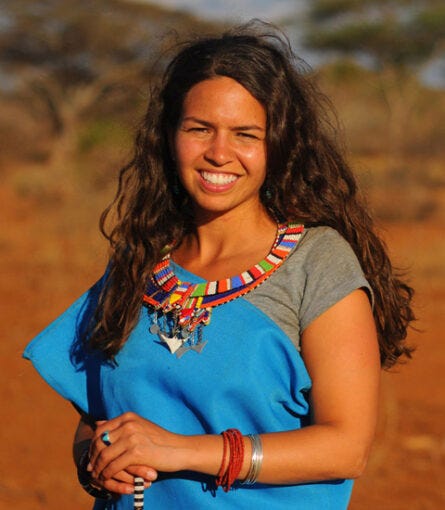 Leela Hazzah was born in Egypt. In 2007, she founded Lion Guardians, which has trained and supported communities at seven different sites to successfully protect lions across the African continent. Over the past decade, the organization played a crucial role in reducing the human-animal conflict in Kenya and Tanzania. As a result, the lion population is showing signs of recovery.

Harriet Hemenway, activist for banning the trade of bird feathers 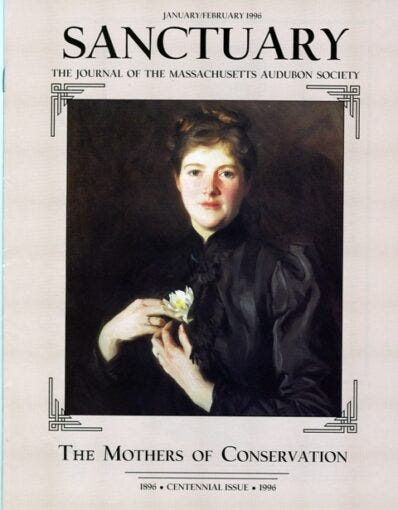 In 1896, Massachusetts native Harriet Hemenway and her cousin began hosting tea parties for influential women. They asked all attendees to stop wearing feathers and invited them to join an organization for the protection of birds, which was known as the Massachusetts Audubon Society. Their power and influence became strong enough for the state government to pass a law banning the feather trade, saving countless birds from being killed for their quills. 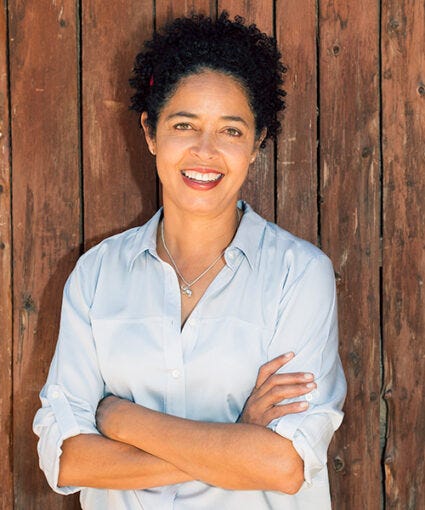 Dr. Paula Kahumbu is one of Africa’s best known wildlife conservationists. As the CEO of WildlifeDirect and brainchild of the Hands Off Our Elephants campaign with the First Lady of the Republic of Kenya, she is widely recognized for the advocacy and engagement of the people of Kenya to support the protection of elephants. 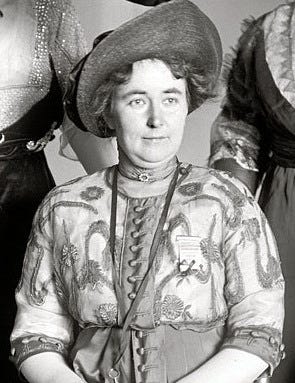 Lizzy Lind af Hageby took up the cause of anti-vivisection in the early 20th century. At a time when women did not have the right to vote, Hageby and her friend took to the streets, giving speeches and rallying support for their mission. In 1906, Lind af Hageby co-founded the Animal Defence and Anti-Vivisection Society and, in 1954, opened a 237-acre animal sanctuary in Dorset, England. 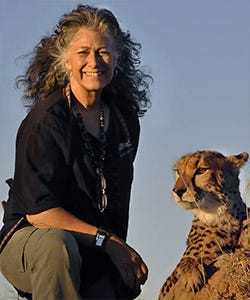 Having worked with cheetahs since 1974, Dr. Laurie Marker set up the Cheetah Conservation Fund in 1990 and moved to Namibia to develop a permanent Conservation Research Centre for the wild cheetah. CCF’s mission is to release captive-born cheetahs into the wild, develop a conservancy for them on Namibia’s livestock farmlands, and improve their habitats by clearing invasive bush. 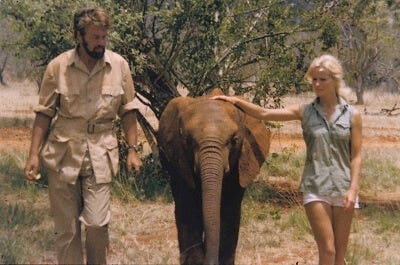 In 1966, Virginia McKenna and husband Bill Travers starred in the classic wildlife film Born Free. The film told the true story of conservationists Joy and George Adamson who rescued a lioness cub called Elsa and successfully returned her to the wild. Their experience spawned the evolution of the Born Free Foundation, an international animal welfare and conservation charity with projects all over the world.

Mardy Murie, the “grandmother of conservation” 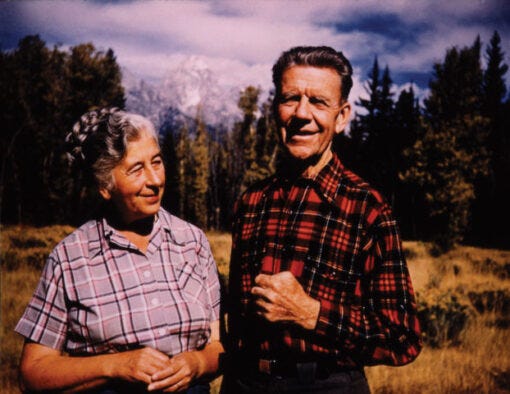 Together with her husband, Margaret “Mardy” Murie worked for decades to bring about the 1964 Wilderness Act. The act banned development on millions of acres of national forests. Mardy also also persuaded President Dwight D. Eisenhower to set aside 8 million acres for the creation of the Arctic National Wildlife Refuge. In 1998, President Bill Clinton presented her with the Presidential Medal of Freedom.

Born in the UK, Jill arrived in Hong Kong in 1985. She spent 12 years working in Asia as a consultant for the International Fund for Animal Welfare. Repeatedly faced with scenes of widespread animal cruelty, Jill decided to introduce the concept of “animal welfare through people welfare.” She founded Animals Asia in 1998. Since then, the foundation has rescued 400 bears in China and Vietnam and created numerous cat and dog welfare programs.

As probably the most Instagram-famous of the animal rights activists on our list, Hannah Shaw, AKA Kitten Lady™, provides educational media, training resources, and instructional workshops and consulting services that help individuals and animal shelters learn how to save the lives of kittens. Shaw and her partner Andrew also operate Orphan Kitten Club, which provides rescue and adoption services to orphaned kittens in the San Diego area.

Ellen DeGeneres is well-known for her comedy; she’s also an animal lover and passionate about animal conservation. Founded in 2018 by Portia de Rossi as a gift to her wife, the Ellen Fund’s focus is to secure a future for wild mountain gorillas by building The Dian Fossey Gorilla Fund a permanent home. This project will build on successful field conservation efforts in Rwanda. It will also help the local community find ways to thrive alongside the gorillas.

Once famous for being an actress in Alfred Hitchcock and Charlie Chaplin movies, Tippi Hedren has since devoted her life to saving and protecting large felines. In 1983 she created The Roar Foundation. Today, she is “den mother” and close friend to sixty-odd big cats—lions, tigers, leopards, cougars, and servals—at The Roar Foundation’s Shambala Preserve near Acton, California.

Martine Collette traveled with her diplomat father from a young age. She also witnessed the plight and mistreatment of exotic animals around the world. In the 1960s, after building a successful Hollywood costume design business, she began caring for abandoned exotic animals. Eventually she purchased 160 acres in the Angeles National Forest, officially incorporating the Wildlife Waystation in 1976. The Waystation is home to more than 400 wild and exotic animals.

In 1992, Carole Baskin founded the Big Cat Rescue in Tampa, Florida. This sanctuary is home to more than 80 lions, tigers, bobcats, cougars, and other species. Most of the animals have been abandoned, abused, orphaned, saved from being turned into fur coats, or retired from circuses. The BCR also successfully rehabilitates and releases a number of exotic cats.

This International Women’s Day, please join us in applauding these 20 heroic female animal rights activists, as well as the countless others we couldn’t include.  Learn more about famous women in history who loved cats! 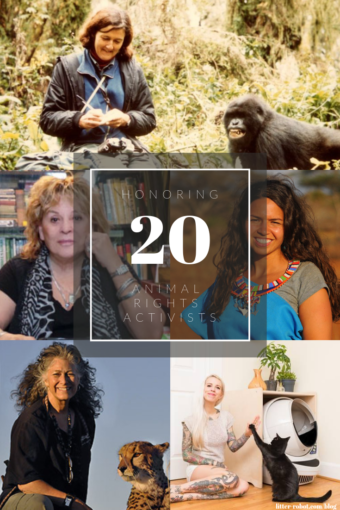