Lions are the king of the savanna. Tigers reign over the jungle. Jaguars run the Amazon. Lynx rule the tundra. And domestic cats eat 3 million chickens and more than 20 billion rodents and birds every year—just in the U.S. Let’s find out why felines in almost every ecosystem are considered apex predators. 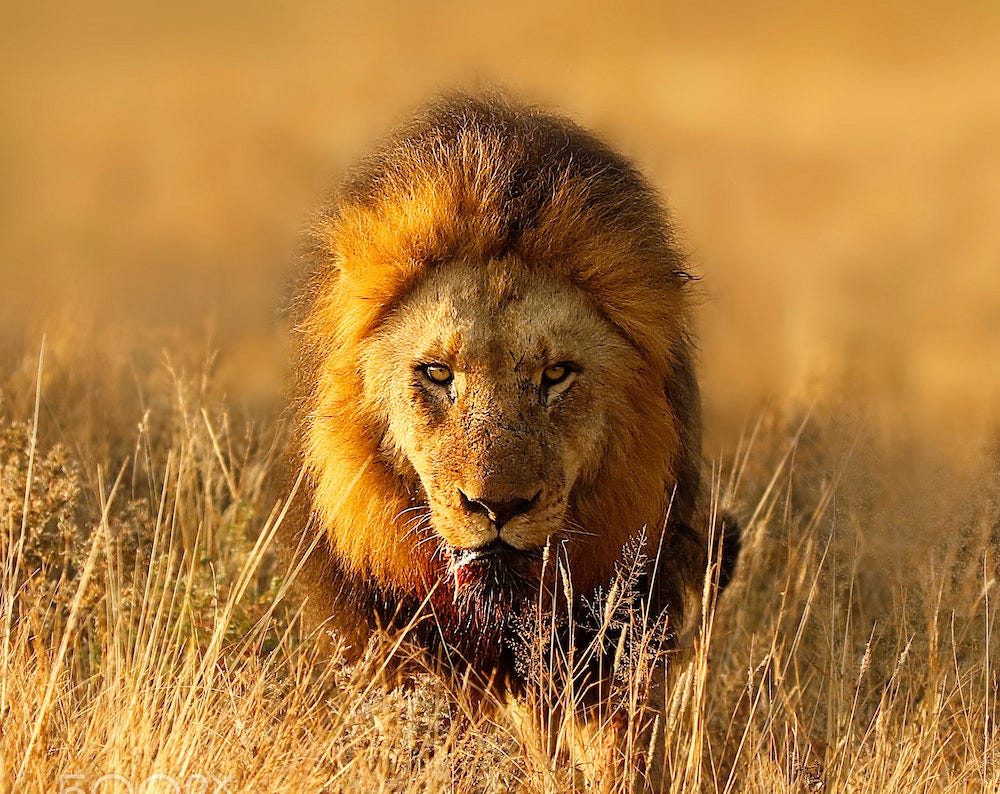 What are apex predators?

It may seem like a leap to say that domestic house cats are carnivorous beasts at the top of the food chain. But the truth is, cats are perfectly evolved ambush predators: They can lengthen their spines to allow for bursts of speed, narrow their shoulders and chest to squeeze into tiny spaces, jump many times their height from a standing position, and land on their feet almost every time they fall.

How high can cats jump?

Cats can jump as much as nine times their height from a standing position. Breeds that are notably strong jumpers include the Serengeti cat and Savannah cat. The smaller Serengeti can jump 7 feet into the air, while the large Savannah—which holds the Guinness World Record for tallest domestic cat—has no trouble reaching great heights. Although both of these cats appear wild, they are domesticated, man-made breeds that love humans as much as hunting.

How fast can cats run?

Cats can run as fast as 20 mph for short bursts—and some breeds can run up to 30 mph! They lengthen their spines by alternately extending and flexing their backs, allowing for extra-long strides. The alluring Egyptian Mau is considered the fastest domestic cat breed. Their hind legs are long, giving them the appearance of walking on their tip-toes. With a characteristic flap of skin extending from the posterior end of the ribcage to the hind leg, the Egyptian Mau is capable of great bursts of speed.

We must not forget that cats’ superior hunting abilities are sometimes to the detriment of nature: Cats are responsible for the death of 1.3 to 4 billion birds in the United States every year. Yet another reason to keep your kitty indoors!

Unfortunate songbird statistics aside, cats as apex predators have played an important role for the past 10,000 years: As agricultural practices spread, cats served as nature’s best rodent control. Keeping these pests away from food sources benefited the farmers, which led to the domestication of house cats.

What is it about mice and rats that kicks cats’ predatory instincts into overdrive? It turns out that cats consume their prey to get taurine, an essential amino acid. Unlike many species (including humans and dogs), cats can’t synthesize taurine on their own; they must ingest it in their diet, which can only be found in animal sources. This is why cats are considered obligate carnivores.

Naturally, these cat and mouse games led to the designation of domestic cats as “mousers.”

What is the best mouser cat?

Some cats are better mousers than others. If you’re looking for a feline that will excel at rodent control, look no further than….

Cats at your local shelter!

That’s right, the best mouser cat is probably sitting at your local shelter waiting to be adopted. Although every kitty deserves a pampered life indoors, there are many strays (some even semi-feral) that would love nothing more than to keep mice out of the barn. Talk to the volunteers at your local shelter or rescue for suggestions on which kitties may be perfect for the mouser life. 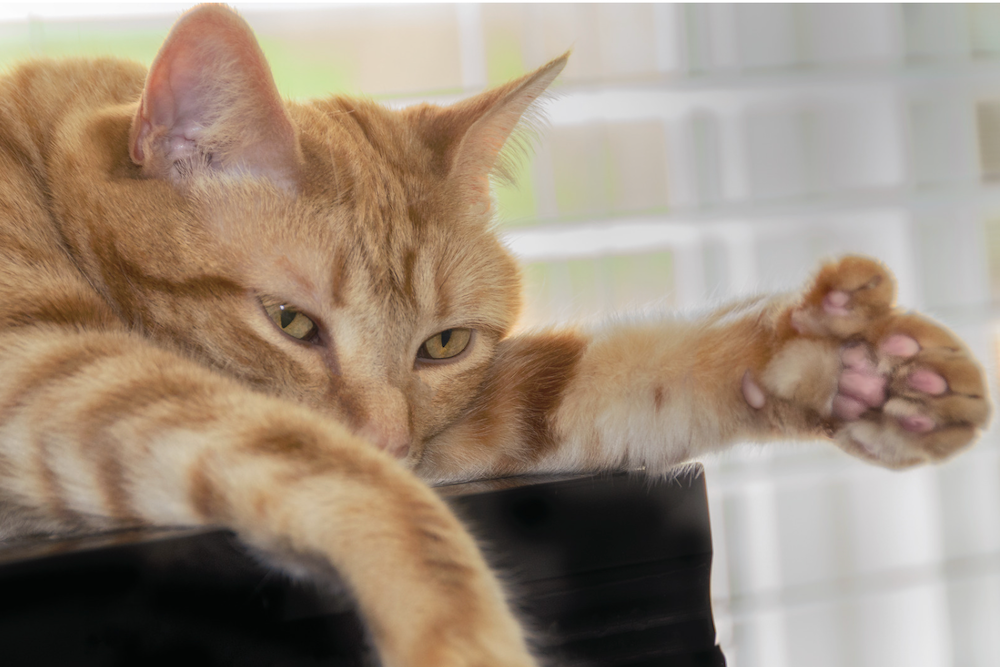 Polydactyl cats have extra toes on one or more of their paws. And because of these extra toes, they are top-notch mousers, climbing higher and faster and perhaps having better balance than their non-polydactyl peers. Polydactylism is seen more often in certain breeds (also known for their mouser abilities), including the Maine Coon cat, Highlander cat, and Pixie-bob cat. Not only are Maine Coon cats often polydactyl, at up to 25 pounds they are one of the largest cat breeds. This combination of traits has earned them a reputation as intimidating mouser cat for several centuries. But while they were once known for keeping rodents out of barns during brutal New England winters, today Maine Coons are beloved indoor pets and appreciated for their undemanding attitude and playful yet gentle antics. 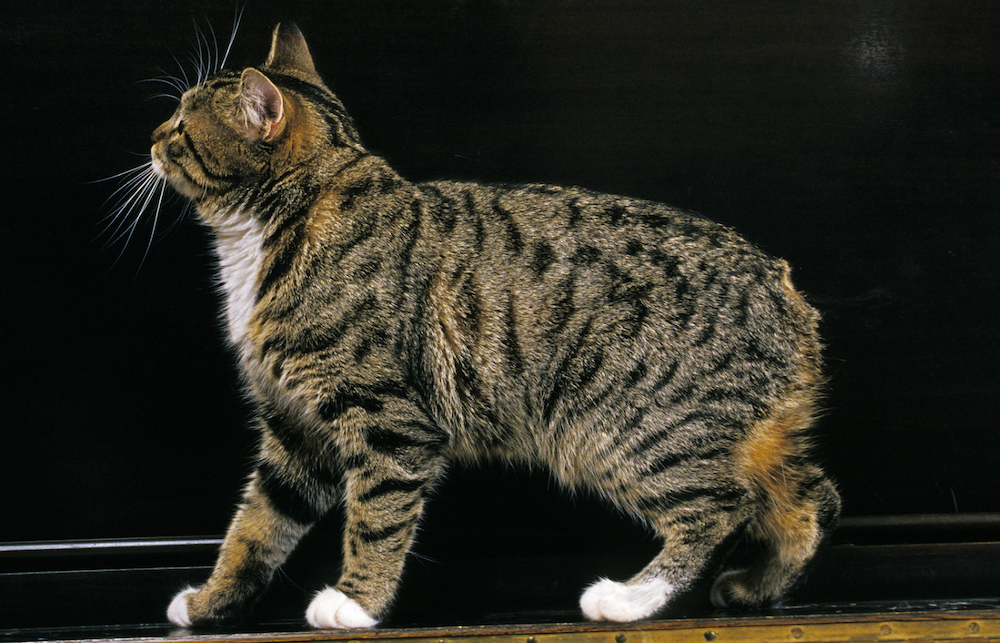 Manx cats, with their distinctive lack of tail, began life on the Isle of Man as mousers. They’ve retained these hunting skills as they eventually spread to lands beyond the island. Although usually friendly and mellow with people, these “watchcats” are quite reactive and may be quick to attack when something is out of the ordinary. (And wouldn’t you consider a mouse running through your living room out of the ordinary?) 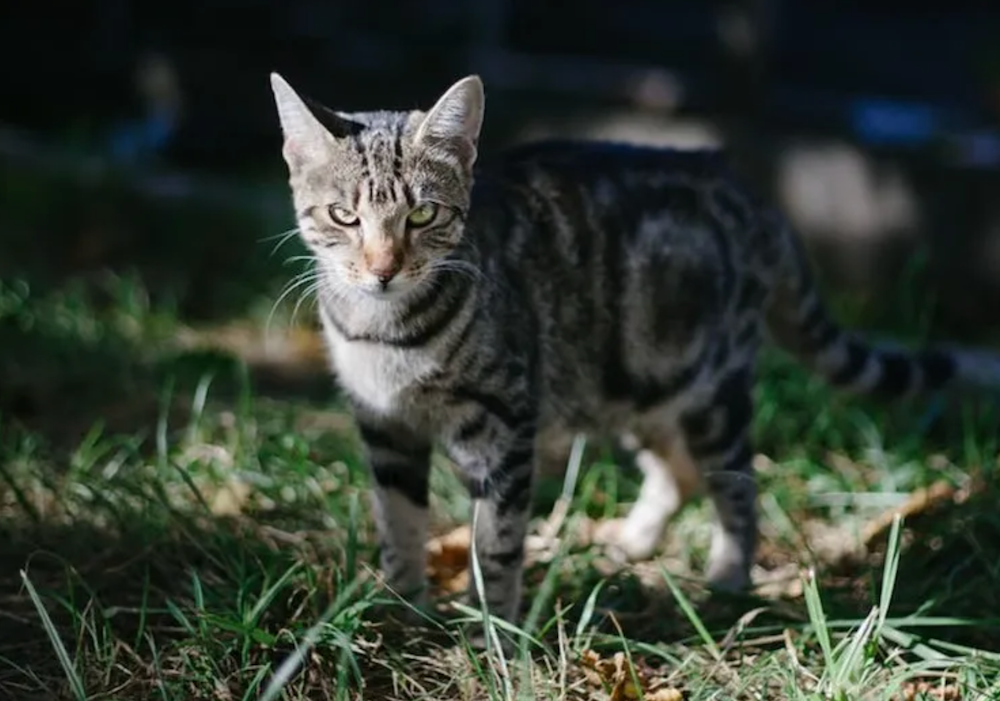 American Shorthair cats are thought to be descendants of the felines that came over with colonists on the Mayflower, or perhaps even earlier. These ancestors kept ships free of vermin, then continued their work by ridding pests from barns and homes in the colonies. Eventually they were invited to stay inside with their families, and today are one of the most popular cat breeds in the U.S. 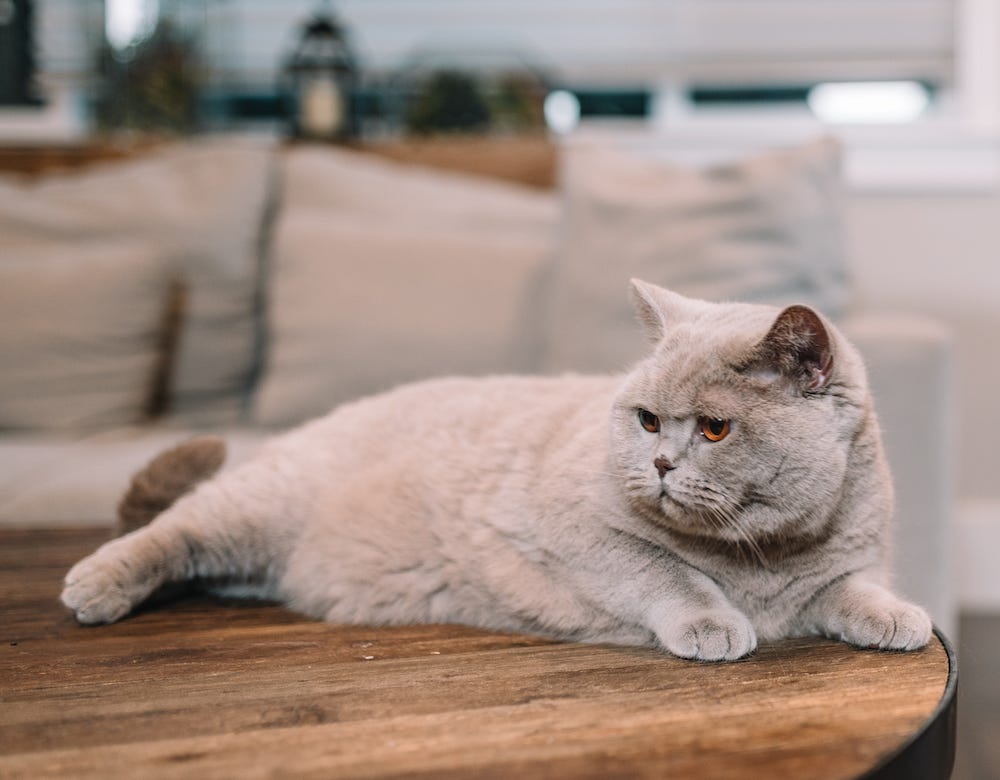 Although known for their relatively low energy level, British Shorthair cats were once esteemed mousers. In the 1800s and perhaps earlier, they were recognized as a “working breed” of the British isles, helping maintain rodent populations in city alleys and country barns alike. Their sweet nature and loyal companionship eventually earned them the status of house cat. While somewhat lazy today, their deeply embedded hunting instincts remain. 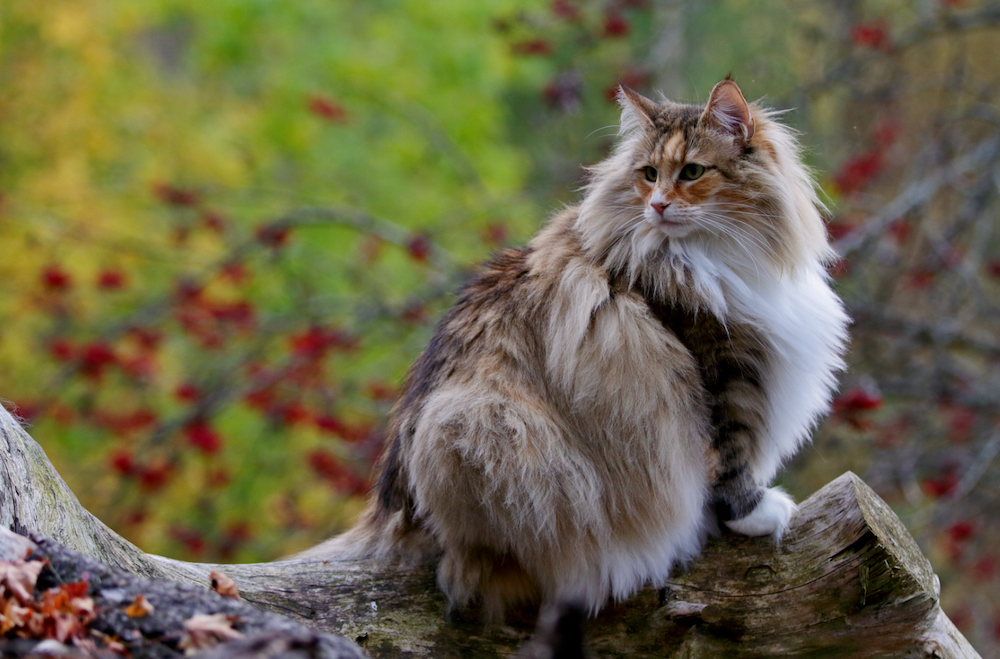 With muscular bodies and large paws, Norwegian Forest cats are natural hunters and climbers. These gentle giants are said to have traveled with the Vikings, keeping their ships and villages free of vermin. Today’s Norwegian Forest cat still loves hunting and making their home into a playhouse. (After all, these longhaired cats' ancestors were said to climb sheer rock with ease.) As noted earlier, the large, exotic-looking Savannah cat is a natural predator that excels at being a mouser. In fact, this breed is said to have such strong hunting instincts, they may not be suitable for households with pets like fish, hamsters, and birds. With their humans, Savannah cats are friendly and clever. They can easily be taught to walk on a leash outdoors, but you may need to restrain them from ambushing the wildlife! 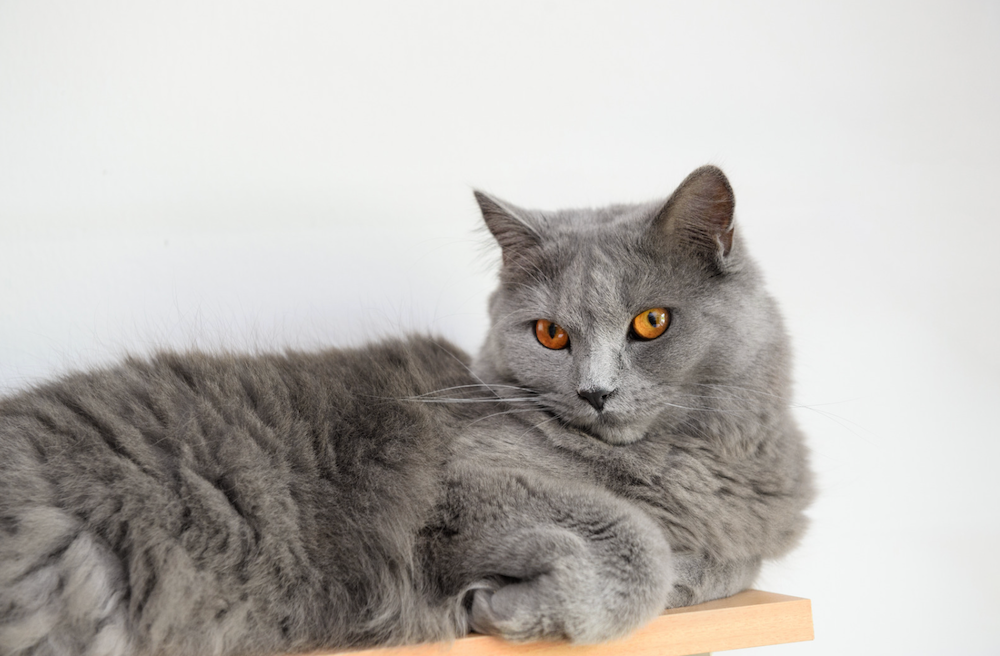 This rather rotund cat breed is associated with defending French monasteries from rodents as early as the 16th century. These cats may have even been selectively bred to have quiet voices, the better to aid in monastic life. A silent cat is a formidable mouser to be sure. Today the Chartreux is the national cat of France and more likely found soaking up their family’s affections than protecting monks. 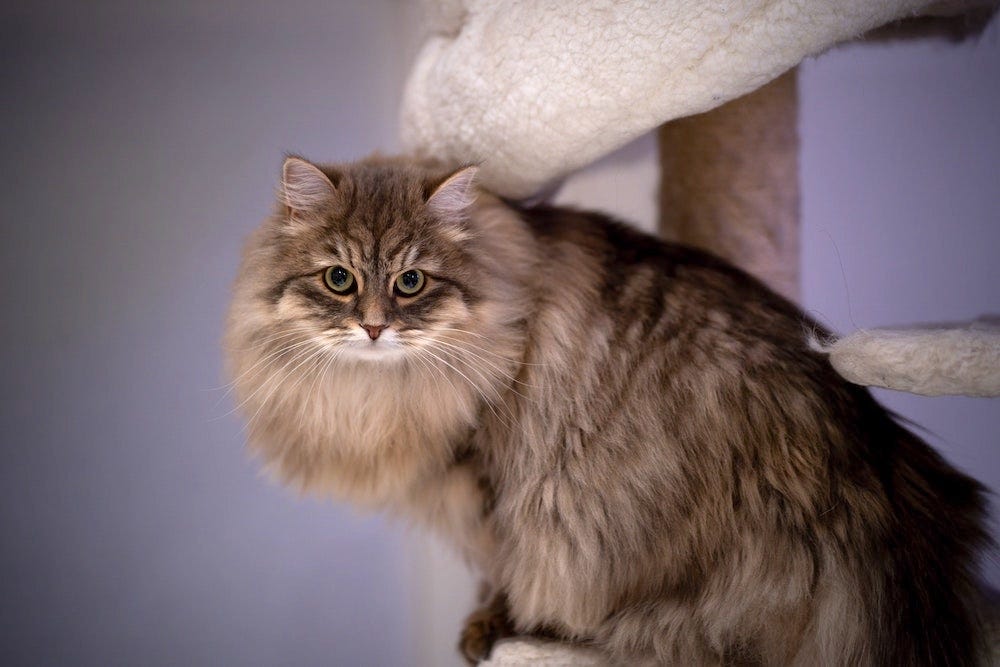 Siberian cats date back at least 1,000 years, where they were prized in their homeland of Russia for their ability to keep mice and other rodents away from food sources. However, it wasn’t until the 1990s that the Siberian cat successfully made their way over to the United States. Today they are beloved for their affectionate and playful nature, hypoallergenic properties, and, yes, their ancient mouser techniques. 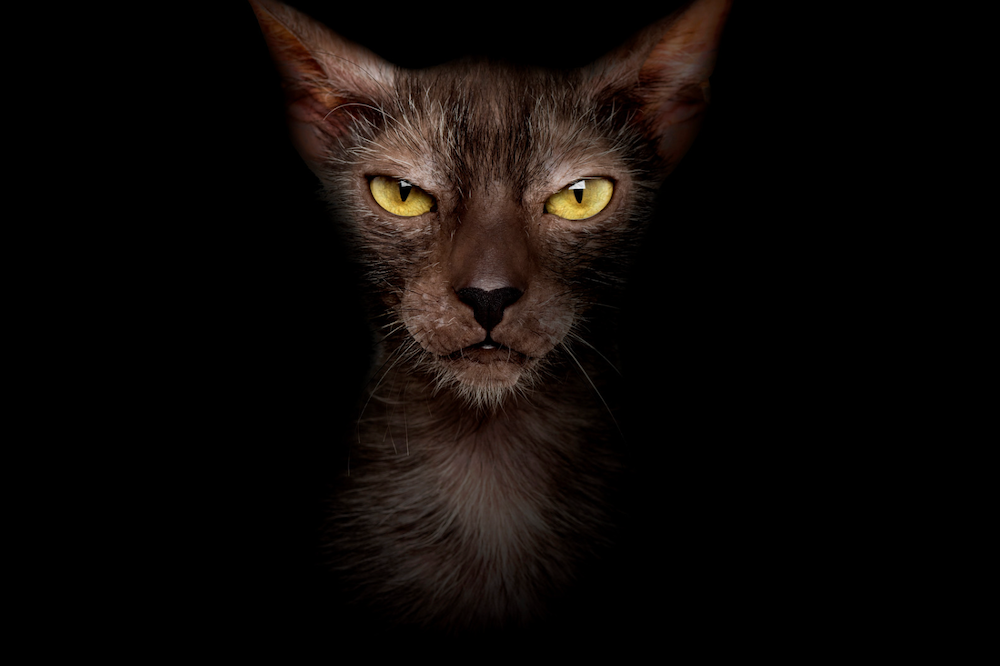 The partially hairless, werewolf-looking Lykoi cats are derivatives of feral cats. As such, they have retained their strong prey drive, and love to (harmlessly) stalk people. They’ll hunt small animals and aren’t typically indoor pets. If you’re lucky enough to come across a Lykoi cat, enjoy their haunting looks and allow them to thrive in the wild where they are usually happiest.

Regardless of breed, nearly all cats are good mouser cats. If they weren’t, how could we think of them as apex predators?