When you think of the perfect cat, you might picture one that is playful but enjoys a good cuddle, is intelligent but goofy, and gentle with all kinds of people and pets. In other words, a kitty that might be the Goldilocks of cats. If so, you’ve now been informally introduced to your next pet: the American Shorthair cat.

The American Shorthair enjoys being part of a family. These cats have well-balanced personalities, making them easygoing and adaptable companions.

Overview of an American Shorthair cat 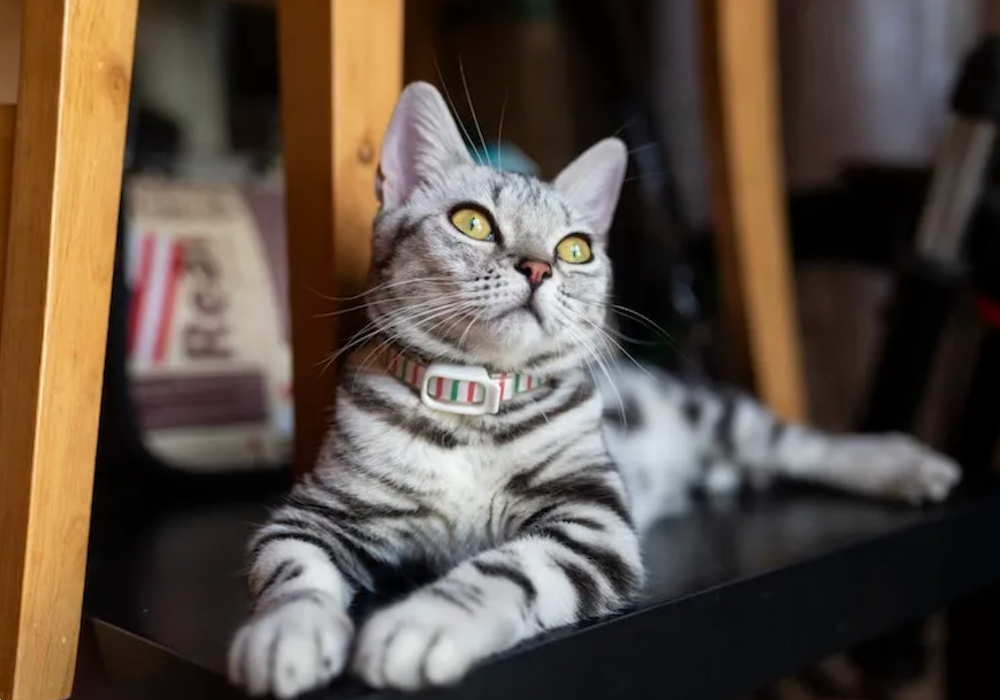 The American Shorthair cat is considered medium-sized, with males slightly larger than females. These cats are symmetrical and agile, with features that speak to their history as quick, efficient hunters.

As a medium-sized cat, the American Shorthair typically weighs between 7 and 12 pounds.

Because not all American Shorthairs are overly active, obesity can be a concern. You should initiate daily playtime so that they can release energy and get plenty of exercise. Keep an eye on how much cat food they eat (even if they swear they are starving!).

These cats are not very lengthy, ranging between 12 and 15 inches long. Their all-around medium features make them very proportionate in size while giving them a rather compact look.

The American Shorthair has fur that is short, thick, and feels dense when you run your fingers through it. The coat is dense to protect the cat from weather and superficial injuries.

While American Shorthairs can come in various colors and patterns, they’re best known for their black and silver classic tabby (swirl) markings. Another common variation is the brown tabby.

History of the American Shorthair Cat 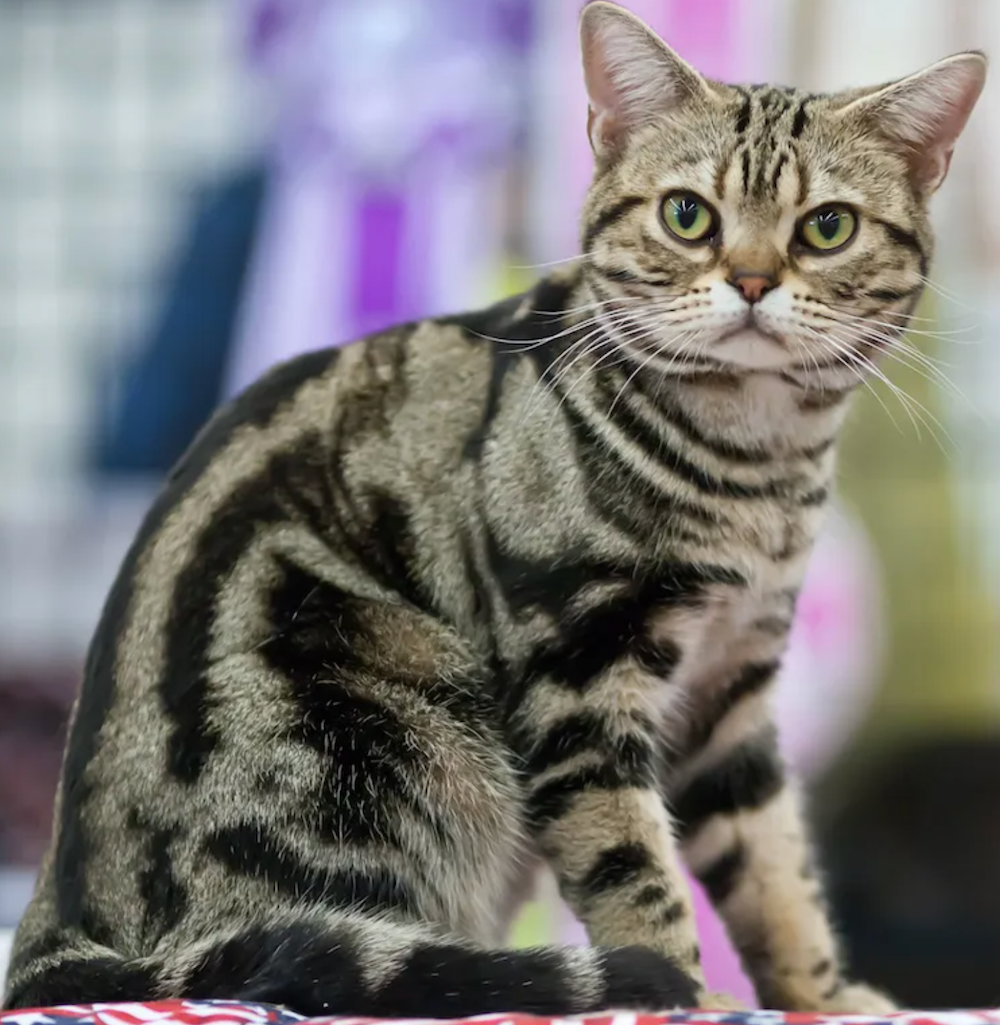 While we aren’t exactly sure when the American Shorthair cats came to North America from Europe, it’s clear that they arrived from overseas with settlers sailing to the New World.

There are records of the cats that existed in the Jamestown Colony, where they worked to keep rodents and vermin out of barns and away from their family’s houses. Some fans of this breed of cat claim this medium-sized feline came over on the Mayflower with the pilgrims.

They became vital parts of American society. Once people realized how valuable these cats were, they were welcomed into homes with open arms.

Through natural selection (rather than selective breeding), we have what is today the American Shorthair cat. Over the last few hundred years, the cats that had the strongest hunting instincts and the best endurance to cold New England winters were the ones to persist.

In the 1800s, the Shorthair cat was first accepted into the American Cat Fancier, but their name changed several times. They started as Shorthairs, graduated to Domestic Shorthair, and then ended up as American Shorthair.

Once the 1900s hit, breeders became interested in imported cats, like the Persian or Angora cat breeds. People in America were bored with the American Shorthair and wanted something more exotic and unique. This caused a decline in American Shorthair cats, and they quickly became more prominent in the stray cat population.

In response, breeding programs were formed to preserve the American Shorthair. Breeders decided to work on specific guidelines for the breed standard. Today, these cute kitties have been awarded the most prestigious cat shows.

Through the ups and downs, the American Shorthair has remained a very popular shorthair breed, a true staple in American culture. They are loving cats that deserve all of our pure affection! 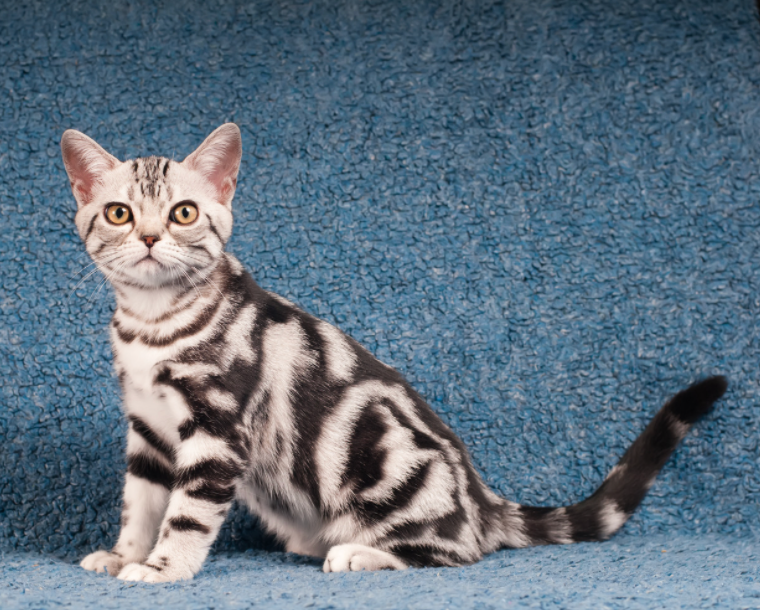 The American Shorthair is considered a working breed, so their build is muscular and somewhat compact. They have strong legs, which assist them in hunting and stalking prey. This also aids in their agility and quickness.

American Shorthairs have large heads and large wide-set eyes. Overall, they are powerful cats with a great work ethic and the desire to please their humans.

If you are looking for a good-tempered and adaptable cat that will fit right in with your family, you will find that with the American Shorthair. These cats do love to be around their people—but they won't beg for attention. Instead, they will climb onto your lap when they want to, and otherwise spend their time prowling and observing.

They are quite sociable and will want to spend time around adults and children alike, but they aren’t too excited when you try to pick them up. They value their independence immensely.

Due to their independent nature and strong hunting instincts, you should keep your American Shorthair indoors. If you let them outside, they will likely go on a hunting adventure and risk getting lost or taken in by someone else. Instead, give them ample space for play in your home and make sure they are being stimulated.

Caring for an American Shorthair kitten or cat

The American Shorthair cat is very playful and active at times. They love when their humans initiate play and entertain them, but leaving interactive toys around the house will also get them playing. This will fulfill the hunting instincts they honed while living as working cats.

Adding a cat tree to your home will allow them to climb when they get bored and seek adventure. If your American Shorthair is not in the mood to play, they simply won’t entertain you and will find something else to do.

This popular cat breed does really well in homes with other pets, so getting two cats together is a great way to ensure they are entertained and not lonely. They also do well with dogs as long as they respect each other’s space and boundaries. Be sure to do a slow, proper introduction between two pets to ensure both parties feel respected and comfortable. 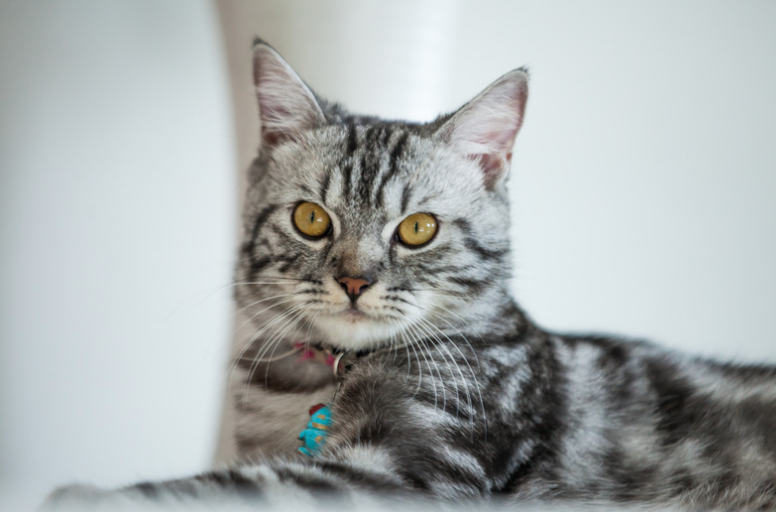 Despite their semi-wild beginnings, the American Shorthair (like other domestic cats) may refuse to use a dirty litter box. For a no-muss, no-fuss litter box, try Litter-Robot. This is a self-cleaning litter box that lets you relax, knowing your cat will have a clean bed of litter every time while you never have to scoop.

It’s also important that you keep up with grooming your American Shorthair. Though their coat is short, it is very thick and dense, requiring regular combing to minimize shedding. This will also help to limit hairballs. Trim their nails every few weeks and keep their ears clean to limit the possibility of infections arising.

If you took note of the lengthy lifespan of an American Shorthair, it might be apparent that they are relatively healthy, low-maintenance cats. With proper nutrition and plenty of exercise, the American Shorthair can live a very long life. Regardless, some cat breeds are more prone to certain conditions, and pet parents need to be aware of what those are.

For the American Shorthair, pet parents should consider their cat’s cardiovascular health. Hypertrophic cardiomyopathy is a condition where the muscles around the heart thicken, decreasing blood flow to the heart. Take your cat to regular veterinary check-ups and keep up with vaccinations to ensure they are as healthy (and happy) as can be.

The American Shorthair cat is a great family-oriented, friendly, and inquisitive cat to welcome into your home. They are an ideal companion and deserve all the recognition for their kindness and adaptability.

Your next best friend could come in the form of the American Shorthair—how exciting is that? 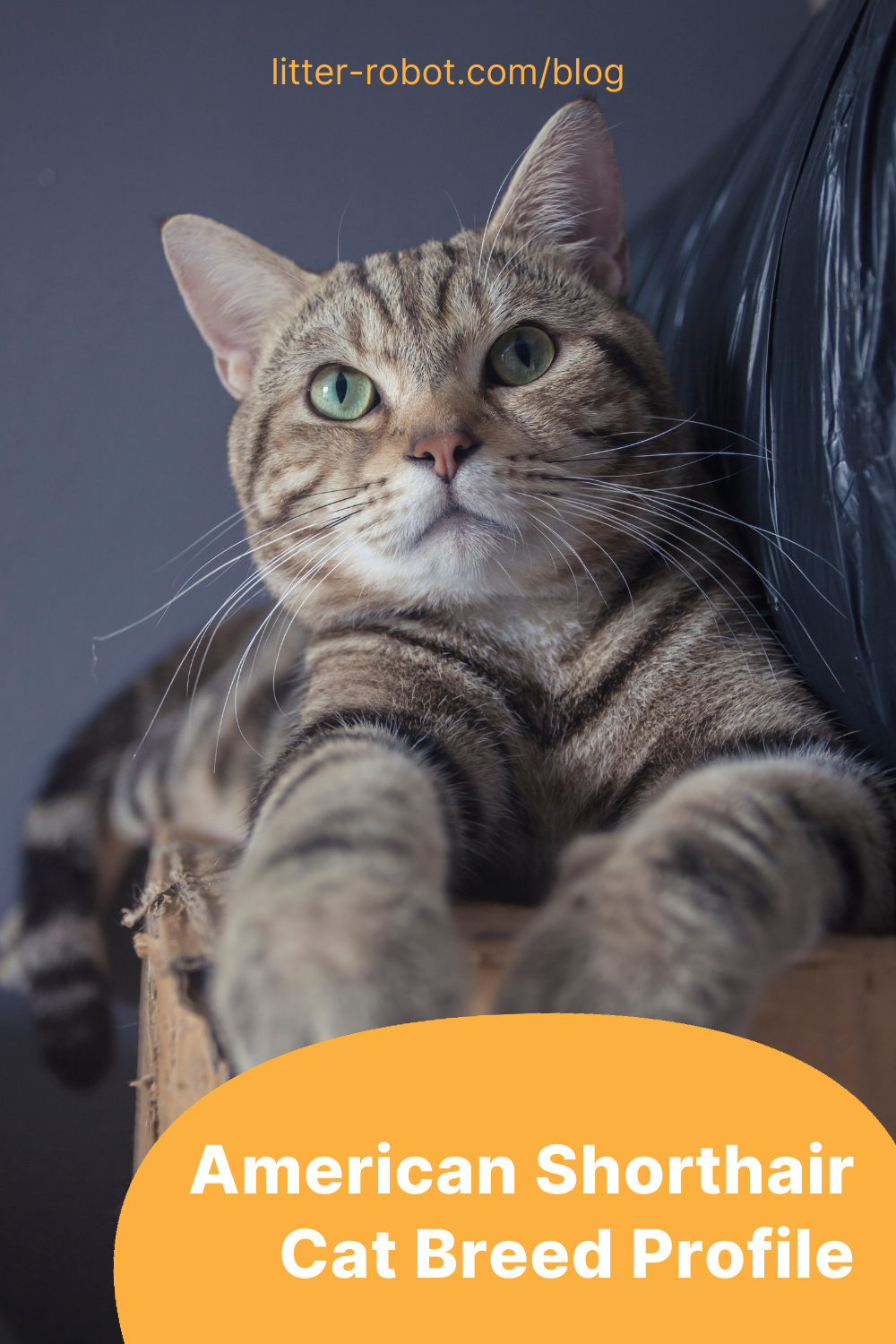